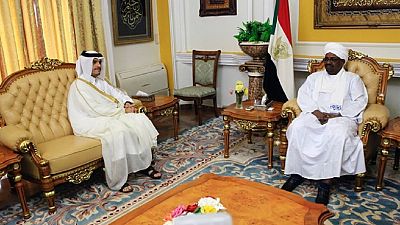 Awad made the announcement during a visit by Qatari officials to Suakin on Sunday, the reports said.

Officials from Qatar’s transport ministry visiting Sudan told Reuters on Monday that the deal was being prepared but that its cost and other details had not yet been finalized.

The deal is likely to anger Sudan’s northern neighbor Egypt, which accuses Qatar of supporting the banned Muslim Brotherhood movement, which Doha has denied, and which joined a Saudi-led boycott of the gas-rich Gulf state last year.

Another neighbour, Eritrea has accused Qatar and Sudan of supporting an opposition group in its country that is led by Islamist Mohammed Jumma.

It was unclear if the Qatar deal would affect the existing agreement with Turkey.

Khartoum’s strengthening ties with Turkey and Qatar come as it pledges further cooperation with Cairo after a year of rocky relations between the two North African nations.

Sudan recalled its ambassador to Egypt in January without explanation, but allowed him to return earlier this month.

An assessment of Eritrea

What peace will mean for Eritrea – Africa’s ‘North Korea’