Tuesday 18 September 2018 marks the 17th anniversary since my uncle, Petros Solomon, was taken away along with his colleagues by the Eritrean security apparatus and made to disappear.

No one has ever been officially told their whereabouts, their situation, health or any other news for that matter. Sadly, we have heard that some of them passed away through guards or other officials who left the regime. What makes it painful is that these people spent most of their adult life fighting to bring about the existence of the very country that made them disappear. Soon after their disappearance, the journalists of the independent media followed, then hundreds of other officials who were thought to be sympathetic to their ideals also disappeared. Then others….. in fact we don’t really know how many people have disappeared or are in detention. Estimates indicate it is in the tens of thousands. Those of you reading about it for the first time might wonder why did that happen?

In a nutshell, it comes down to assertion of absolute power by the head of state. It was because they asked for accountability, the rule of law and constitutional governance. The head of state wanted to rule as he pleased and they wanted accountability. This was especially important as Eritrea lost tens of thousands of its young in the 1998 – 2000 so called “border war” with Ethiopia. There were numerous questions that needed answering and they wanted answers as did the Eritrean people. They deserved to know why and how their children died in the senseless war. 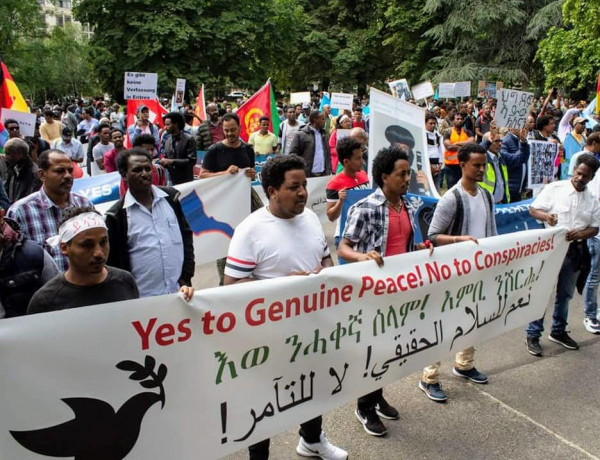 In their closed meetings, they agreed to accept the peace proposal presented by the US and Rwanda but the President unilaterally rejected it in the media. This culminated in the needless continuation of the war and loss of countless lives. Their call was simple, they asked the President to convene the long overdue meetings of the Central Committee of the ruling party and the National Assembly. Anticipating increasing criticism of the conduct of the war, the President used the tragedy of 9/11 to make his move against all of them. Then it convened a meeting of the National Assembly in February 2002 to accuse them of numerous falsehoods (in their absence) and that was that. The National Assembly never met after that time. The government has never officially stated their whereabouts. 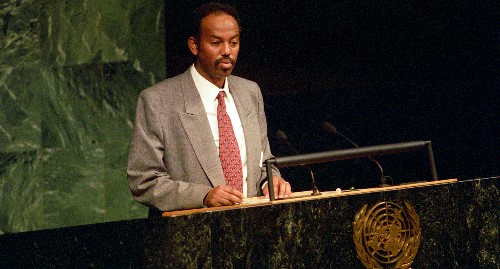 All the countries that were supportive of the Eritrean people were outraged by what had happened and the EU delegation led by the then Italian Ambassador, withdrew from the country in protest. The situation kept deteriorating in the following years. All the young that did not go to college were kept in the army indefinitely under the pretext of the situation which was described as no-war-no-peace.

The hopelessness that was imposed then made Eritrea the highest refugee producing country per capita and keeps haemorrhaging its youth in the thousands every month.  We have all witnessed and are still witnessing on our TV screens the terrible tragedies in the Mediterranean where countless lives are being lost almost daily. Sadly, many Eritreans are among them.

And the Economy of the country is non-existent. Many of those working at different levels of responsibility in the government have also left. For a new country that came to being through huge sacrifices under 30 years ago, this is a tragedy of biblical proportions.

Now peace with Ethiopia seems to have arrived suddenly. This is indeed a welcome news as people of the two countries have not benefitted from the no-war-no-peace impasse that became the norm for the last 20 years. The new leadership in Ethiopia opened a new political chapter for the country and the region. Thousands of political prisoners were released, charges against opposition leaders were dropped and all were invited to return back to their country. There is clearly a peace dividend in Ethiopia. Sadly, no such thing in Eritrea.

Peace prospects are much higher in the Horn of Africa. But...