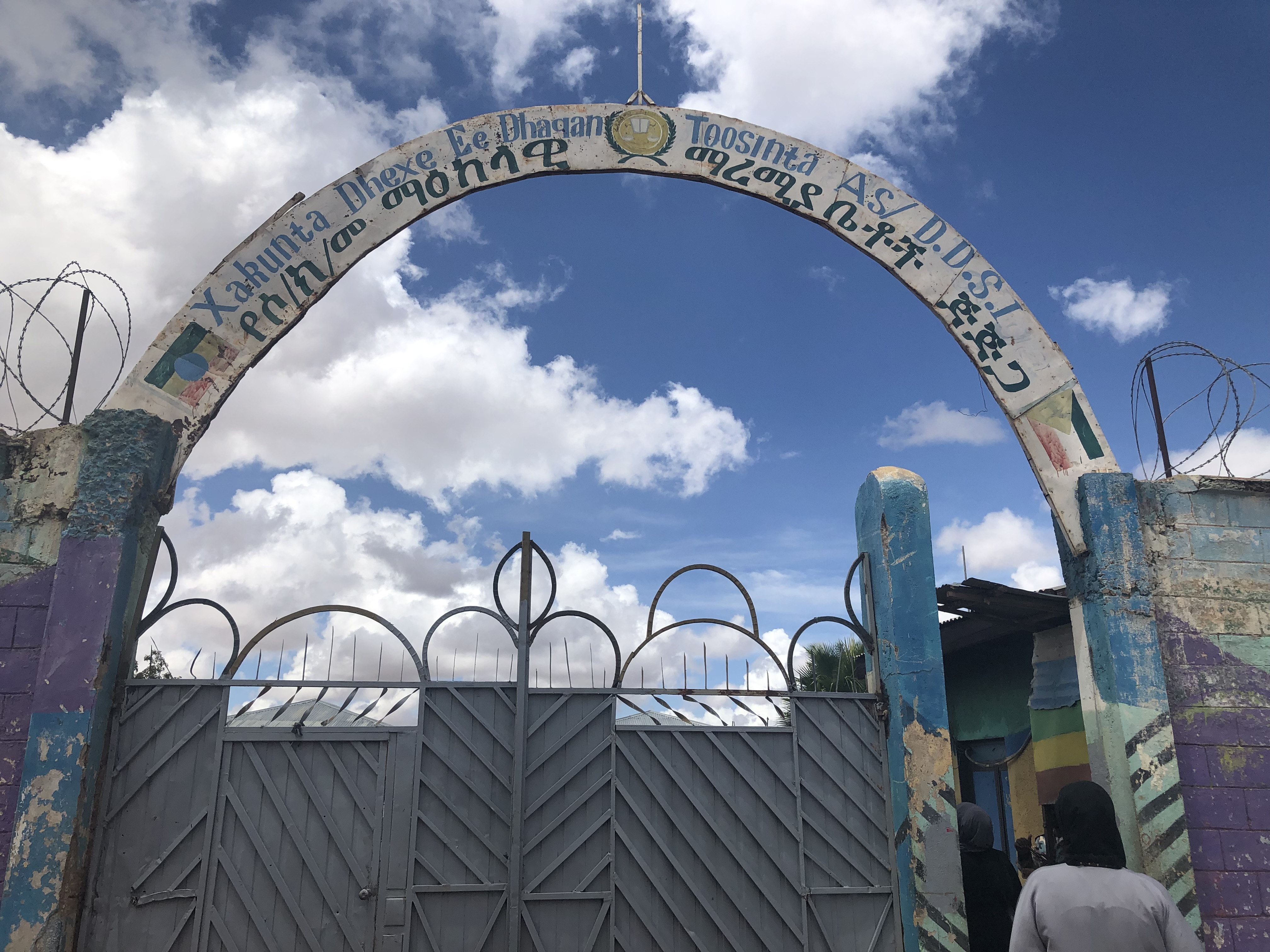 “I was stripped down to my underwear and whipped with an electric cable every night for a month, all because I participated in protests [against the government],” a man who had been tortured in an Ethiopian police station in 2016 told me. “They removed three of my fingernails with pliers and beat me on the soles of my feet.”

When I spoke with him two months ago, he told me he is pleased he can now walk on the street without fear of arrest, but he can’t walk far because of the pain in his feet. He can no longer farm because the government took his family’s small plot of land after his arrest. In the café he frequents in Jimma in western Oromia, he regularly sees two of the men who tortured him. It is a painful reminder of the past. He tells me he wants two things: justice and a chance to rebuild his life. Unfortunately, these both remain elusive for Ethiopia’s many victims of torture.

Torture was a pervasive and widespread problem in Ethiopia for years, on a scale that often went unreported. No matter what issue Human Rights Watch was researching, if detention was involved, torture and mistreatment were the norm. Over the years, I have interviewed hundreds of Ethiopian victims of torture from all sorts of backgrounds – journalists, teachers, artists, students and others. They were tortured in jails, prisons, military camps, government offices, and unmarked locations.

They were from a variety of ethnic groups and religious backgrounds. Punishments were often used to try to extract information or force confessions. And virtually no one we were aware of was ever held to account for acts of torture. The alleged torturers whom we managed to interview—including former soldiers, federal police officers, and local police officers—routinely laughed off our questions about whether they feared they would be held to account for their actions.

But under Prime Minister Abiy Ahmed, Ethiopia seems to be moving away from its culture of widespread torture. Abiy openly acknowledged that people were being tortured, and he has said his administration would have zero tolerance for torture in detention. After the torture issue was discussed on state media, more victims came forward to speak publicly about the abuses they endured. Some judges have begun asking defendants how they have been treated in detention. Some detention centers, like the notorious Maekelawi police station and Jail Ogaden, have been closed. And while Human Rights Watch still receives some reports of torture in detention centers, the frequency is much, much less than before.

This is all very positive, but as many Ethiopians look toward the future, many of those who bear the trauma of past abuses have told Human Rights Watch about their struggles as they try to move on. Many torture survivors described stigma, the lack of psychosocial services to help them heal, and the lack of justice and accountability as they see their torturers walk free in their communities. They continue to be traumatized, both physically and psychologically, by what they have endured and feel they have been forgotten in the euphoria of the changes and the debates about Ethiopia’s future.

As one young man who lost his shop following his detention said: “As the country tries to look to the future, we are forgotten about. I can’t walk without pain, and I feel too much shame to talk to my family about what happened to me.”

Torture was often seen as a political act, reserved for those who were accused of opposing the government, which made it difficult for victims to seek physical and psychological treatment in government-run hospitals and health clinics. Many victims of human rights abuses were denied treatment, particularly in rural areas, while others feared going to these centers because, as one survivor told me, “They are for those who support the government.”

I have never spoken to anyone about what I endured

These restrictions may not be as relevant today; some long-time survivors have described getting some treatment for their injuries in recent months in areas where such medical treatment is available. But over the years most survivors we interviewed received no medical treatment whatsoever inside of Ethiopia for injuries from their tortuous interrogations.

There are also few psychosocial services available for victims of torture. Part of that may be cultural, with many Ethiopians reluctant to speak about experiences that may be deeply personal, humiliating, or stigmatizing. And that stigma often extends to families of survivors as well. In the past, speaking about such abuse would increase the risk of further arrest or harassment. But from my years of interviewing Ethiopian victims of torture, it is evident that among many, there is a desire for healing, for speaking about their ordeals in a safe space, and to move on from the past. One man who had been tortured in Ziway six years earlier said:

“In six years, I have had no one to tell my story to. This is the first time I have been able to talk. I can’t tell my family or community, we just don’t talk about it…I’ve been to the hospital [health center] many times for my injuries, but I have never spoken to anyone about what I endured. I want to do that but where do I go for that? There is nowhere.”

It’s a common theme. Victims who want to speak about their experiences describe not knowing where to go. Many tell us this is the first time they have told anyone about their ordeal. And I have not encountered one torture survivor who received any sort of counseling or psychosocial support in Ethiopia. The health system and the few local and international agencies that provide these services aren’t set up for it. And that hasn’t changed since Abiy took office.

Many survivors are reminded daily of their past ordeals in other ways. It is difficult for many to find work given their detention was seen as political, and employers, whether government or private, would want to steer clear of being implicated in something seen as political. Others said the government took their land and/or house while they were detained. And even now, local government elites are reluctant to return their property.

The lack of justice or accountability for torture is another ongoing problem. In the last year, there have been some arrests of those involved in torture, although the selective and politicized nature of the arrests and the lack of victim involvement in the judicial proceedings limits their effectiveness for healing. Many of the arrests have been of senior officials who oversaw torture. These arrests have been important steps toward accountability and are perhaps a pragmatic approach given the number of people implicated in abuse. But many of those directly involved in abuse continue to walk free, potentially limiting many victim’s sense of justice.

They should be in jail too

As one former Jail Ogaden prisoner I met last month in Jijiga told me: “The president of the region [Abdi Illey] and some of those responsible are in jail. This is good, but just yesterday I saw two of the people who used to beat me regularly walking past me on the street. We recognized each other. They should be in jail too.”

Beyond the arrests of some high-level officials, there has been little progress on accountability for past abuses, torture or otherwise. A reconciliation commission has been set up, but it has an unclear mandate, has only met twice, and few observers see this as a meaningful attempt to heal from past trauma. Of the 40 odd commission members, some have told Human Rights Watch they had no idea they had been appointed until they saw it in the media, and only one has any background in peace and reconciliation. Most of the members are politicians, religious figures, and scholars—and not representative of the diversity of ethnicities in Ethiopia. None of the torture survivors that Human Rights Watch has spoken to since it was formed were even aware of the commission’s existence.

In the absence of justice, accountability, and an opportunity for healing, survivors are forced to live with the trauma. Some, unfortunately yet perhaps predictably, take the law into their own hands. One survivor from the Amhara Region told me recently: “I saw the person who tortured me walking down the street [last month]. I was still initially filled with fear, but then that turned to anger, so I beat him and others joined in.”

Some survivors we’ve spoken to mentioned the need for a compensation, or reparations, fund to be set up, or for increased training on new livelihood opportunities. While the government and international donors have not yet moved in this direction, some local organizations are trying to fill the void in psychosocial and rehabilitation support.

One such group is the Cooperation for Rehabilitation of Victims [CRV], based in Bahir Dar in the Amhara region. It was set up by a group of torture survivors from the Amhara region who recognize the importance of rehabilitation. It intends to provide psychosocial support to victims, medical services, and help to “restore dignity” to victims. But finding initial funding is not easy. They tell me that donors and funders want to fund the future and not help Ethiopia move on from its abusive past. If true, this is shortsighted.

The government, with the assistance of their international donors, should make services to rehabilitate victims of human rights abuse more of a priority, and it should recognize the critical role that meaningful justice processes can play in moving on from an abusive past, both at an individual and collective level. It is a critical part of building an inclusive Ethiopia that looks to the future. As one torture survivor told me recently: “I want to move on and feel a part of Abiy’s Ethiopia. I want justice and a chance to get better myself. But I don’t know where to get that help. I don’t want to keep being stuck in my own past.”

“We were tortured in Eritrea” – the claim of Tigrayan former...