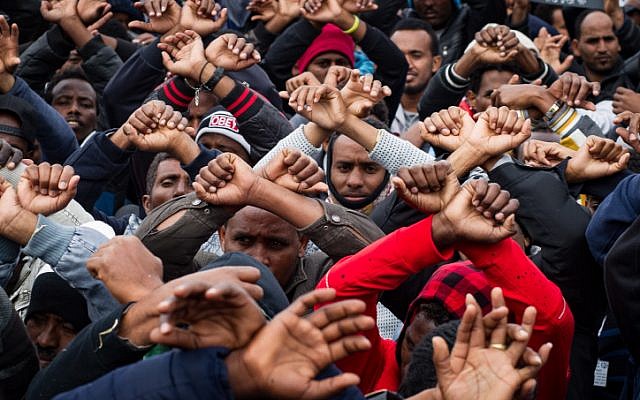 African migrants gather during a protest outside the Knesset in the Rose Garden in Jerusalem on January 26, 2017. (Sebi Berens/Flash90)

The Israeli government on Thursday said there was a “high probability” an unnamed country, widely reported to be Uganda, would absorb African migrants deported from Israel.

In a document submitted to the High Court of Justice, the state requested permission to extend the detention of 212 Sudanese and Eritrean migrants in a holding facility in southern Israel until a final deportation deal was reached.

After dispatching a special envoy on Wednesday for negotiations with the unnamed country, the state argued the talks were encouraging, but said more time was needed to clinch a final agreement.

The attorney general has been updated on the “high probability” of an imminent deal, it said.

However, the Ugandan president’s office told the Israeli Haaretz daily later Thursday that it knew of no deal and was not prepared to accept any asylum seekers being deported from Israel against their will.

The state’s assessment was laid out in a response to a High Court petition filed on behalf of a slew of human rights organizations that argued that the continued imprisonment of the asylum seekers was illegal. 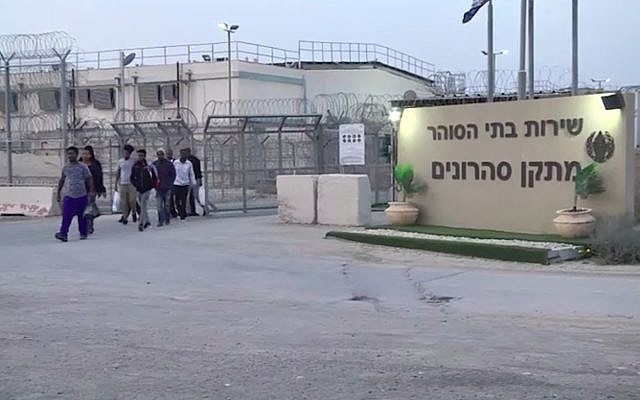 On Wednesday, 58 African asylum seekers were freed from the Saharonim Prison after a controversial plan to deport them to Rwanda fell apart.

The state informed the court on Wednesday it will free the remaining Saharonim detainees if the agreement with the “second country” similarly collapses. That deal was also believed to be imperiled as Uganda said Tuesday it will not accept asylum seekers from the Jewish state.

Following a stream of rumors, the East African country’s Foreign Affairs Minister Henry Okello Oryem on Tuesday denied the existence of an agreement with Israel on the issue.

“We will insist that the airlines return them (the asylum seekers) to the country where they came from,” he said in a statement. “We do not have a contract, any understanding, formal or informal, with Israel for them to dump their refugees here.” 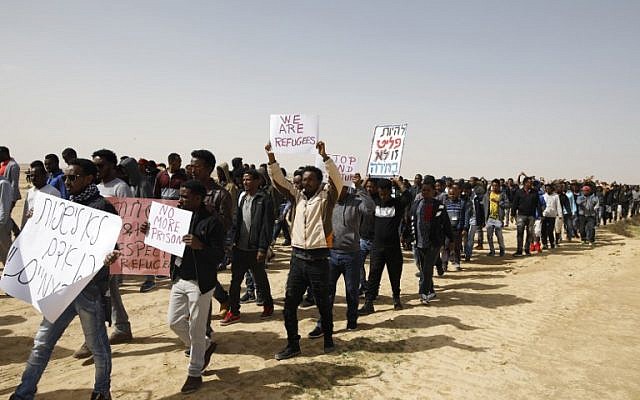 Eitay Mack, the attorney who filed the High Court petition on behalf of the rights groups, told The Times of Israel on Wednesday that he expected the deal with Uganda to break down, similar to the previous one with Rwanda, leaving the government with no choice but to release the remaining asylum seekers at Saharonim.

Nevertheless, Israel is still trying to save the agreement. In a Wednesday response to the High Court petition, it stated that a special envoy was dispatched to the unnamed “third-party country” that had agreed to accept African asylum seekers from Israel. The unnamed country was Uganda, according to Hebrew media reports.

The state said the special envoy would confirm whether the country is suitable for deportations “in light of the allegations” made against it, apparently referring to human rights violations or dangers posed to migrants who are deported there.

On Thursday, it said the conditions of the country were “suitable” for expulsion.

Asylum seekers previously deported to Uganda and Rwanda have told The Times of Israel they faced serious danger and even imprisonment after arriving in Africa without proper documents. 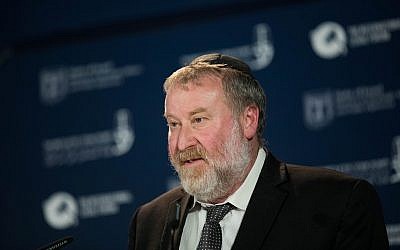 The state response followed a dramatic about-face late Monday evening in which Prime Minister Benjamin Netanyahu announced he was canceling a new agreement with the UN’s refugee agency that would have seen thousands of African migrants resettled in Western nations and thousands more given temporary status in Israel. The prime minister froze the deal mere hours after announcing the plan.

The agreement was designed to end the possibility of forced deportations of thousands of migrants from Israel to Rwanda. Under the agreement, a minimum of 16,250 migrants would have instead been resettled in Western nations.

In return, Israel would have granted temporary residency to an equal number of migrants. 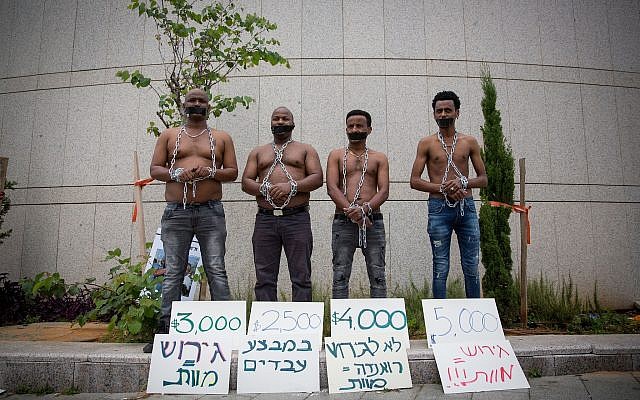 The presence of the primarily Sudanese and Eritrean migrants in Israel has become a key political issue.

Israel’s earlier deportation policy to the African countries, which offered each migrant $3,500 and a plane ticket, had been condemned by Israeli activists and the United Nations as chaotic, poorly executed and unsafe.

The Supreme Court froze the deportations in mid-March in response to a petition.

The government plan to deport the migrants to Uganda would still likely face a High Court of Justice challenge and might need to be re-legislated in a new Knesset law.

France to help landlocked Ethiopia rebuild its navy – in Eritrea