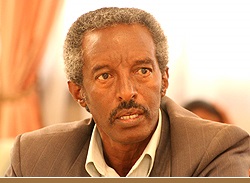 Diplomats and representatives of international aid organizations who were posted in Eritrea in the 1990s will remember Berhane Abrehe as the stern head of the Macro Policy and International Cooperation department. Mr. Abehe later served as finance minister until his mysterious fadeout in 2014. It is not uncommon in Eritrea, indeed rather the norm, for senior officials to be fired or simply sidelined, and for new ones to replace them, without any official announcement. It was soon revealed that Mr. Abrehe had for some time been at odds with the leader of the Eritrean regime, president Isaias Afwerki, over key aspects of economic policy and broader governance issues. He had, especially, made it clear that he could not be accountable for policies for which he had increasingly been only nominally in charge. Particularly at issue was revenues from the new gold operations and other mining activities, as well as a range of public enterprises, which are controlled, not by the Ministry of Finance, but the economic affairs office of the ruling PFDJ party, and hence, not subject to regular government oversight. The PFDJ economic affairs office is headed by Hagos (Kisha) Gebrehiwet, a member of the President’s inner circle.

In the last couple of weeks, Eritrean social media has been abuzz with news about a new two-part book that the former minister has authored, in which he severely criticises Isaias’ one-man rule. And just two days ago, Mr. Abrehe, who still lives in Asmara, released an audio message confirming his authorship of the book and reiterating his views on Isaias Afwerki and the general conditions of his country. He did not mince words!

Mr. Abrehe had messages for both the Eritrean public and Isaias Afwerki. Addressing Eritreans within the country and outside, he stated that the dire conditions they find themselves in because of Isaias’ repressive and dictatorial rule should change; and reminded them that only they can bring about that change.

He called on Mr. Afwerki to convene urgently the National Assembly [parliament] “for there are many important issues that we need to address” without delay. “You have no reason to dilly-dally anymore.” Even if several members of the legislature have died, and many others are behind bars or forced to flee the country, he told the President, it’s incumbent on you to do the only sensible thing and call all remaining members to meet immediately.

He further called on Isaias to stop, until proper National Assembly authorization is obtained, the ongoing non-transparent and haphazard diplomatic contacts, sanctioned by no authority but Isaias himself, and about which the Eritrean public has been kept in the dark, as well as the signing of hasty agreements that could potentially compromise Eritrea’s national strategic interests.

Mr. Abrehe also invited Isaias Afwerki to a public debate between them proposing a range of topics including the past, present and the prospects of Eritrea’s political, economic, social and cultural realities.

He reminded Mr. Afwerki that, once convened, the National Assembly is bound to take key decisions, including: 1. in a peaceful, legal and civilized manner remove Mr. Afwerki from his position as head of state and chairman of the National Assembly and replace him with a new leader; 2. holding of national parliamentary elections at the earliest possible time; and 3. pass other important and timely resolutions.

Mr. Abrehe concluded by reiterating that the owners of the coming change are Eritreans themselves, and not Isaias or any other individual or group; and those who would try to stop the coming wave will fail, as they would be faced with the wrath of the Eritrean youth.

The origins of the Eritrean Liberation Front