Members of the community say their young people live in constant fear of police harassment because they are black.

Angry protesters clashed with Israeli police on Tuesday over an off-duty officer’s killing of a young man of Ethiopian origin, as the incident drew fresh accusations of racism.

Crowds of Ethiopian Israelis battled police and blocked highways on at least 15 junctions across the country, with 47 officers wounded and 60 demonstrators detained, according to a police statement.

Thousands of motorists were stranded in huge traffic jams.

Solomon Teka, reportedly 18 or 19, was buried on Tuesday, after he was shot dead in Kiryat Haim, a town near the northern port city of Haifa, late on Sunday.

His killing sparked outrage among members of the Ethiopian community, who say their young people live in constant fear of police harassment because they are black. 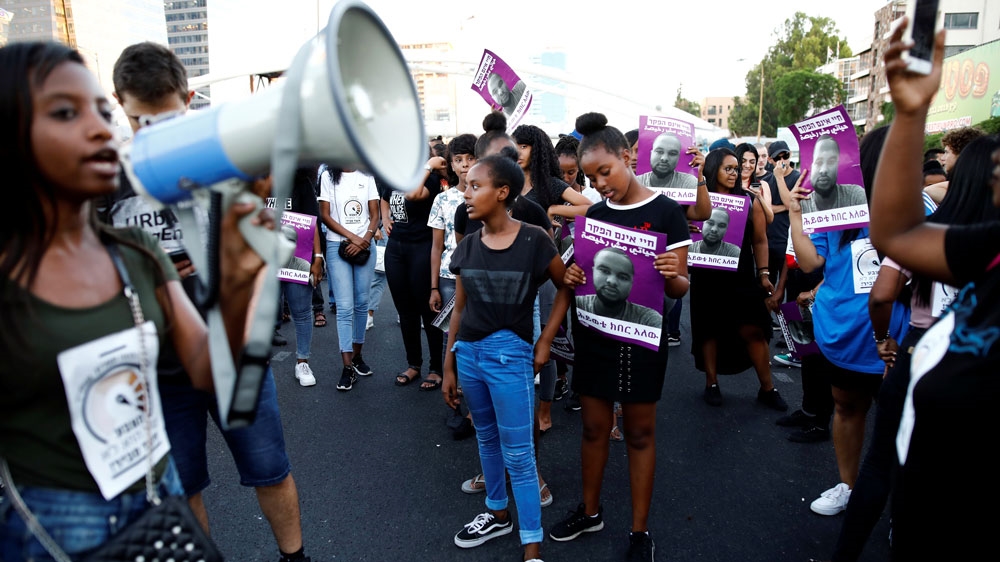 Dozens of protesters in Haifa blocked traffic at a central junction, as outraged motorists honked horns and police observed from a safe distance.

“We’ll do whatever we can to make sure police will stop killing people because of their skin colour,” one protester, identifying himself as Mengisto, told AFP.

“We don’t know if this is going to happen again or not,” the 26-year-old said of Sunday’s fatal shooting.

“But we need confidence that the state or police give us guarantees it won’t.”

Images showed bonfires and burning tyres on roads, with some protesters vandalising vehicles that attempted to breach the impromptu blockades. 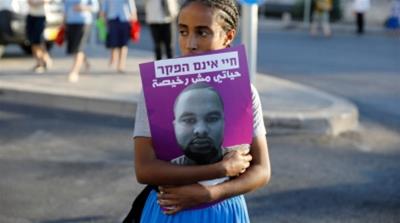 Police allowed demonstrators to block the roads in some locations, taking care to keep direct confrontations to a minimum, AFP correspondents reported.

But later in the evening, after updated figures showed the high number of officers wounded, police said in a statement they would no longer allow protesters to act violently and vandalise property.

“Police were accordingly using force to clear all the roads,” a police statement read.

Prime Minister Benjamin Netanyahu issued a video late on Tuesday saying that “everyone was mourning the tragic death of Solomon Teka”.

While acknowledging “there are problems that need to be solved,” Netanyahu implored demonstrators to “stop blocking junctions”.

“I ask you, let’s solve the problems together while adhering to the law,” he said.

Israel‘s Ethiopian Jewish community numbers around 140,000 people, including more than 50,000 born in the country.

Most are descendants of communities cut off from the Jewish world for centuries, and who were belatedly recognised as Jews by Israeli religious authorities.

The community has consistently complained of institutionalised racism.

Thousands took to the streets of Tel Aviv in January after a young community member was shot dead by a police officer when he allegedly rushed at him holding a knife.

In Sunday’s shooting, police initially said the officer saw a fight between “a number of youths” nearby and tried to break it up.

After the officer identified himself, the youths began throwing stones at him and he opened fire at Teka after “feeling that his life was in danger”, a police statement said.

But the other young men and a passer-by said the policeman was not attacked, Israeli media reported.

Rosenfeld said the officer was placed under house arrest and a probe launched by the justice ministry department which investigates police conduct.

Interviewed on public radio on Tuesday, the dead man’s cousin, Amir Teka, bridled when asked how he felt about the protests sparked by the “killing”.

“It cannot be that a person is next to his home and gets murdered and they say ‘killed’. What was it? A work accident? Was he hit by a car?”