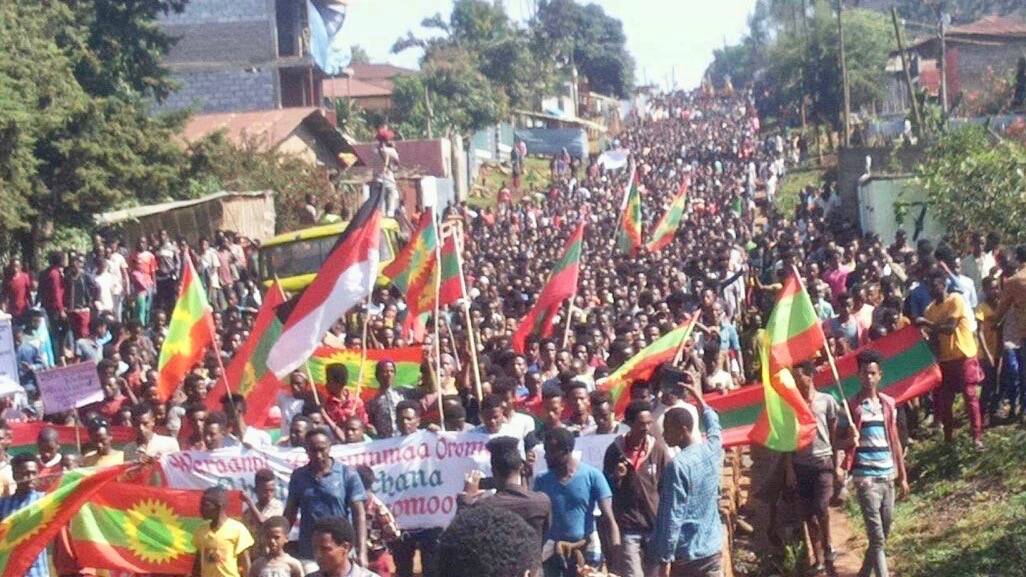 Ethiopia has a rich history and civilization. Archeological discoveries place it as a primordial home for humanity. Ancient writings suggest a glorious past. Unfortunately, recurring bad governance has shaped our recent history.

The current Ethiopia is an offspring of the Ethiopian empire born around the middle of the 19th century. Long before the emergence of the modern state, however, Ethiopia’s various groups existed for generations under their own indigenous forms governance. The most popularized one is the Gadaa tradition among the Oromo. One could find forms of self-organization and governance in various other groups, such as the Sidama, Wolayta, Hadiya, Afar and Keffa.

Despite its proud history of independence, the territorial expansion of Ethiopia came with brutal use of power, leaving behind wounds that we still struggle to heal. Even if we glory in our ancestors’ heroic victories, successive governments in modern Ethiopia failed to recognize the majority of its diverse ethnic groups during nation-building efforts.

With blessings from the church through narratives of divine appointment, Ethiopian emperors ruled their poor subjects with great authority. The majority of its people lived in misery, while the ruling elites enjoyed privileges. It was the suffering and burdens of the millions of Ethiopians over generations that gradually gave birth to the popular uprising of 1974 that brought demise to the imperial monarchy and feudalism once and for all.

However, the uprising of 1970s was misled by radical movements from inside and competing global interests from outside. We ended up in the hands of the Marxist dictatorship of Mengistu Hailemariam. The regime aligned to the Soviet camp was unwilling to deal with dissenting voices who on their part utilized ethnic identity as mobilization tool. Assisted by geopolitical factors, Ethiopia’s dissidents grew strong enough to overthrow the Derg and introduce a new politics of ethnic identity-based federalism.

I joined the Oromo call to say “No!” to land grabs

Despite its self-congratulatory claims to have ended injustice, EPRDF’s deficit in democratic governance needs no further clarification. In sum, for most our recent history, the Ethiopian people have been struggling to end repressions, injustice and to establish a true democracy.  In one way, Ethiopians find themselves where North America’s colonialists were when they made Declaration of Independence in 1776:

“We hold these truths to be self-evident, that all men are created equal, that they are endowed by their Creator with certain unalienable Rights that among these are Life, Liberty and the pursuit of Happiness. — That to secure these rights, Governments are instituted among Men, deriving their just powers from the consent of the governed, — That whenever any Form of Government becomes destructive of these ends, it is the Right of the People to alter or to abolish it, and to institute new Government, laying its foundation on such principles and organizing its powers in such form, as to them shall seem most likely to effect their Safety and Happiness.”

Like millions of Ethiopians of my generation, I long to see Ethiopia emerge as a reconciled, inclusive, multicultural and multi-religious society with a functioning democratic state, where robust freedoms, the rule of law, respect for human rights; equal opportunity and good governance undergird a societal structure conducive to the enhancement of life and well-being for all its citizens. I long for a day when Ethiopians safeguard the rights and dignity of each individual person as a human being and as a citizen with due regard for cultural heritages.

It is with this background and aspirations that I stood in solidarity with the Oromo people at home in Ethiopia and worldwide when Oromo Protest broke out in 2015. I joined the Oromo call to say “No!” to land grab and eviction in the name of development and expansion without consent and proper compensation.  I supported Oromo Protests as a genuine revolt of the people under suppression by the ruling elites in Ethiopia in conjunction with the global powers. The protest echoed the 1974 historic revolution and its motto “land to the tiller.” However, land grabs, evictions, and the subsequent suffering was not limited to the Oromo or Oromia region. It is rather a common affair in rural and urban Ethiopia. The Oromo uprising thus had support among all Ethiopians.

The protest over land grab in light of city expansion raises wider and bigger issue of governance, legitimacy, and rights on one hand, and the wisdom, capacities and dilemmas of urban planning on the other. Fundamental rights are enshrined in the Ethiopian constitution, which in turn strives to meet the regional and international conventions and human rights standards.

It was regrettable Oromo Protests led to a tragic loss of lives, and physical and psychological damage on many people and their dearly earned property. By overcoming fear and intimidation with heroic courage and extraordinary discipline, even in the absence of central command, the movement scored victories and managed to challenge the powerful EPRDF government. It exposed the elusiveness of stability in Ethiopia.

The Oromo Protests de facto leadership in the diaspora managed to mobilize the masses to protest. Media outlets like Oromo Media Network and social media played a pivotal role in the process. From the sharing of pictures to calling strikes and sit-ins to political discussions, the Oromo protest movement became a major force in Ethiopian politics.

But Oromo Protests was not only a success story. There were features of the movement that were left unchallenged. The time has come to dare to confront those sides lest the country is dragged into sectarian violence.  One of the worrying aspects of Oromo protest was the narrative that presented the movement as a struggle between the ruling Ethiopia with its yellow, green and red flag against the Oromo people struggling for liberation.  I claim this remains one of the biggest issues related to the Oromo question in Ethiopian politics since the 1960s.

The Oromo are the most interconnected people

Oromo political forces portray the injustice against Oromo people as a discrimination and marginalization on the account of their being and belonging to that particular ethnic community. Such perception overlooks the fact that their suffering of injustice was part and parcel of a general problem of governance in Ethiopia. As a non-Oromo Ethiopian, suffering injustice and working to end it and usher a democratic Ethiopia, I was and am still frightened about the conception that presents Oromo and Ethiopian as thesis and antithesis.

In other words, any lingering faint idea of Oromo Protests as a secessionist struggle is deeply troubling. That goal is flawed in its conception and would be disastrous if put into effect, because it will mean an end to Ethiopia, as we know it. Even though, over the last few years, we hear about the secessionist discourse being rejected among mainstream Oromo political actors, the idea is not abandoned altogether.  The very fact the national flag was replaced by flags of political parties in the name of Oromo people could be enough reason for non-Oromo Ethiopians to worry. Oromo political actors who propagate the narrative of Oromo subjugation in Ethiopia willfully ignore the fact Ethiopians of Oromo origin made significant impact in many areas of our nation’s history.

At the community level, being the largest ethnic group of the Ethiopian federation, the Oromo people are the most interconnected people with the rest of Ethiopia. In other words, it will be harder for Oromo to dissociate themselves from the rest of Ethiopia and vice versa.  Any claim that Oromo as a group have had problem with the Ethiopian people in general and the Ethiopian state in particular fails to acknowledge historical, cultural, political and social relations between various groups of people in Ethiopia.

However, it is important to emphasize Oromo have become targets of repression, much more so over the last 27 years due to the way EPRDF organized the country along ethnic lines. Despite the scores of things EPRDF has done to appease the Oromo for fear of the numerical advantage, Oromo suffered severely under EPRDF.

But again, the injustice brought upon the Oromo people over these years was neither the will nor the interest of the rest of the Ethiopian people.  Ethiopian state power was abducted by TPLF-EPRDF regime to keep Oromo under control. That should not be used as an excuse to promote self-defeating propaganda about Oromo having a problem with or in Ethiopia.  Therefore, it is opportune time for Oromo Protests to display clarity on this. Otherwise, the movement drifts in to a fundamental error and emerges as another threat for our country and people. The movement ought to exhibit unequivocally that it is a revolt against social and political injustice. Misconceptions that willfully or unknowingly conflate the ruling government with the Ethiopian state bring more damage than democracy.

Another aspect that needs to be challenged is the fact that since its conception Oromo Protests did not show restraint in protecting kids from political conflict and violence. There has not been an independent inquiry on episodes of violence, use of force and the role of all actors involved. At the peak of the protest, it was disturbing to see images of small children participating in political rallies, road blocking, protests etc. There were even pictures circulating in social media with small children being introduced to guns.

In addition, even though Oromo protest was largely acclaimed for non-violence, there were, and still are, incidents of mob justice, communal displacements, and other violence committed by Oromo elements. It is becoming rather common to refer to the sacrifices of Oromo youth as a justification for political goals and to silence any opposition against it.

Demography does not guarantee democracy

A good example is Jawar Mohammed’s speech after protests hit Oromia because the city tried to distribute new condominiums outside of its administrative jurisdiction. In many parts of the country, but especially Oromia, propaganda seems to have radicalized young people. They could easily fall prey of mobilization that could escalate into more violence, dragging Ethiopia into a deeper abyss.

Ethiopia has ethnically diverse settlements. Over generations many Oromo have settled in non-Oromo majority areas, and many people from various ethnic groups have also settled throughout the Oromia region. We already have seen sign of ethnic identity-based sectarian violence. With unfiltered political propaganda produced and distributed for the sake short-term goals, Ethiopian society is now facing critical risk of sectarian violence. Many non-Oromo in Oromo-majority areas live with fear and anxiety. It is hard to completely rule out scenarios of civil war and ethnic cleansing.

On the political front, the assumption that Oromo should automatically rule in Ethiopia because of its sheer size is another matter of great concern for all Ethiopians. The idea of democracy is not about majority rule. Demography does not guarantee democracy. Democracy is about the freedom to choose a better idea or vision, which receives majority support to rule as the dominant force, while recognizing and guaranteeing the rights of dissenting voice to exist.

Ethiopians withstood domination in the name of Amhara, as well as TPLF dreams of Tigrayan hegemony. If Oromo domination is to come, Ethiopians will withstand that, too. Does Oromo Protests see itself as a movement to transform Ethiopian politics towards justice, fairness and mutual co-existence within the nation, or does it have other goals?  Will Oromo Protests dissociate itself from any act that spreads fear and disrupts the social cohesion between the Oromo people and other Ethiopians? As much as EPRDF needed to change, and all other political forces have work to do, movements like the Oromo Protests also have plenty of room for improvement.