Ethiopia and Eritrea should not repeat the mistakes of the 1990s, when a period of rapprochement ended in war.

Ethiopia and Eritrea took one more important step towards normalising their relations on September 17, when Eritrean PresidentIsaias Afwerkiand Ethiopian Prime Minister Abiy Ahmed signed a peace agreement in the Saudi city of Jeddah, the details of which have not been publicised yet.

A week earlier, during the Orthodox New Year’s celebrations, the leaders of the two countries met on the border town of Zalambessa to re-openthe common border.

The rapprochement that began in June has been marked by a number of symbolic gestures and events, including official state-visits by both leaders. During Isaias Afwerki’s visit to Addis Ababa on July 14, the strongman who is known for his stern image and carefully choreographed speeches, emotionally declared to the Ethiopian prime minister “you are our leader now”.

Abiy then proclaimed to the cheering crowd: “when we become one, Assab will be ours,” in reference to the symbolic Eritrean Red Sea port, which was once part of Ethiopia. This hasn’t been simply a process of rapprochement between two states; it almost seems like a social reunification.

Telephone lines have been opened and commercial flights restarted allowing people to call and see their relatives and friends for the first time in decades. The two countries have also exchanged ambassadors and reopened old trade routes.

The international community has welcomed these developments with enthusiasm. The secretary-generalof the United Nations, Antonio Gutteres, hailed the reconciliation as “illustrative of a new wind of hope blowing across Africa”. Peace between these two nations was long overdue and has already had some positive effecton the Horn of Africa.

But the two countries have gone through a similar euphoric moment before – in 1993 when Eritrea got its independence from Ethiopia. That rapprochement, however, did not end well.

The secession of Eritrea was supported by the new government of Ethiopia at that time and was celebrated internationally as an ideal separation. Then, five years later, Africa’s deadliest war broke out between the former allies.

What made this conflictextraordinary – even in a global context – was that it took place under conditions of extensive economic interdependence and social integration between the two states.

Today, as the two countries start rebuilding their relations, it is absolutely crucial that they revisit this moment of history and do not repeat its mistakes.

The peaceful secession of Eritrea from Ethiopia in 1993 marked the beginning of the first rapprochement between the two nations after the end of the 30-year-long civil war.

The Ethiopian People’s Revolutionary Democratic Front (EPRDF) and the Eritrean People’s Liberation Front (EPLF) had both fought against the Ethiopian communist military government, the Derg, and by the early 1990s had taken power in Addis Ababa and Asmara respectively.

There was a common understanding that the Derg had been the sole source of past animosity and a convergence of interests between the two states was uncritically taken for granted.

The emergence of two young and charismatic revolutionaries – Ethiopia’s Meles Zenawi and Eritrea’s Isaias Afwerki – was hailed internationally as a landmark moment in which the “next generation” of African leaders was taking over.

Their first diplomatic act after the partition was to sign a cooperation agreement known as the Asmara Pact. The 25-protocol agreement was an ambitious plan to integrate the two nations in all sectors, including defence.

Eritrea’s economy was in practice already integratedinto Ethiopia’s, as around 80 percent of its export products were destined for its neighbour. At the same time Ethiopia relied on Eritrea’s main port as a transportation hub for most of its trade with the world.

After the partition, the Eritreans were allowed to keep almost all the benefits of Ethiopian citizenship, but with a sovereign state of their own. In practice both peoples continued to live as if they were still one state.

On the foreign policy front, they cooperated against Sudan’s attempt to export its Islamist ideology to East Africa and Ethiopia supported Eritrea in its war against Yemen in 1996.

These unusual policies were rooted in an ambiguous approach to Eritrean nationhood by both governments. There was a common understanding that the two nations were really one people, despite the secession.

In his first visit to Ethiopia after the secession in 1993, President Afwerkideclaredthat after economic integration, the two countries could move towards political integration. His Ethiopian counterpart, Zenawi, was also convinced this was inevitable.

Due to these fraternal sentiments and optimistic expectations, important aspects of the relations between the states, including the demarcation of the common border and currency exchange rates, were resolved. They were simply not considered priorities in the first years after independence.

Ethiopians and Eritreans were therefore caught off-guard when a dispute over a relatively unimportant piece of land turned into a full-blown war in 1998.

The war was fought with the same emotional zeal with which cooperation and integration had been pursued only a few years earlier. The two governments were unyielding and fought for two years in a deadly warthat claimed more than 100,000 lives.

During the war and the subsequent decades of hostility, people on both sides saw it as the product of betrayal and deceit, rather than as an outcome of conflicting interests and policies.

Regardless of who is to blame for the conflict, both governments have to take responsibility for not doing enough to resolve differences peacefully.

While it is unlikely that history will repeat itself with another major military conflict between Ethiopia and Eritrea, it is nevertheless important for the two states to establish clear mechanisms for arbitration and communication. After all, in the early 1990s, a war between the two was also deemed extremely unlikely.

The international community and the governments and people of Ethiopia and Eritrea have been desperate for peace, and now that it’s seemingly here, no one seems to be interested in confronting the thorny issues. Indeed, according to local customs it would be inappropriate to revisit the past during reconciliation.

Nostalgia and notions of fraternity have come back with the new rapprochement. While the historical and cultural affinity of the Ethiopian and Eritrean peoples is undeniable, this shouldn’t be the basis for diplomatic relations. This approach has been tried in the past and has failed – with severe consequences.

The basis for the relationship ought to be based on a dispassionate recognition that Ethiopia and Eritrea are two sovereign states with individual interests that will not always overlap. Rights, responsibilities and mechanisms for managing disputes that will inevitably emerge must be clearly formulated.

Ethiopia and Eritrea find themselves in one of the world’s most conflict-prone neighbourhoods. A number of regional and domestic political actors currently feel left out or marginalised by the peace process and have an incentive to sabotage it.

Two months after the peace declaration, the demarcation of the common border, which was the crux of the two-decades-long stalemate, is yet to begin and there already seem to be disagreements on how to proceed. The Tigray People’s Liberation Front (part of the EPRDF), which governs the Ethiopian regional state bordering Eritrea, does not seem to agree with the federal government’s approach to demarcation. It keeps repeating publicly that the physical demarcation has to involve the residents of the borderlands.

Eritrea, for its part, is a state that is not governed by a constitution or parliament. The extreme centralisation of the regime around the figure of the president makes it a highly unpredictable partner. In addition, in a deliberate effort to sow resentment and suspicion, Eritrean diplomats keep insulting the TPLF on Twitter, despite the fact that the latter is a constitutive member of the ruling EPRDF.

All of these factors make the process more prone to derailment than it may appear.

In the context of these outstanding issues, the two states has already taken some steps to resume economic relations. Ethiopia has started using Eritrea’s Assab port on the Red Sea and Ethiopian investors have been looking at opportunities in Eritrea.

But the rules that will regulate the resumption of trade have not been made public yet and much like in 1993, these matters are either being deprioritised or handled in an opaque manner.

In this context, it is important to remember that neither fraternal bonds nor economic interdependence have been sufficient for preventing war in the past; on the contrary, they have served as enablers for emotive and reckless policies that culminated in war and a long and bitter rivalry.

It is imperative that the two governments dispassionately formulate their national interests and institutionalise the terms of their relationship as soon as possible, and leave as few issues as possible to fate, trust or fraternity.

The views expressed in this article are the author’s own and do not necessarily reflect Al Jazeera’s editorial stance. 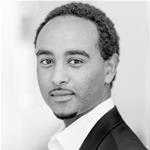 Goitom Gebreluel is a PhD candidate at the University of Cambridge.

Refugees in Sudan left in limbo while UNHCR investigates fraud

How to solve the Libya question: send refugees to Rwanda