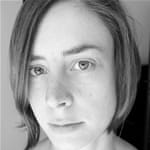 Rome, Italy – It was a warm Mediterranean day in October 2013 when Meron Estefanos got the news.

A boat had sunk off the Italian island of Lampedusa and several hundred refugees had drowned. In the end, the death toll would rise to 360.

Most on board were Eritrean.

There, they were told Italian authorities would help them identify the living and dead for the refugees‘ families back home.

But when they entered the building, they were shocked to find it filled with representatives of the Eritrean government.

“These people fled from that government, and there they are sitting there,” Estefanos tells Al Jazeera.

“People that we know, European leaders of Eritrean-affiliated organisations, were sitting at the [police headquarters] and registering people’s names.”

The pair complained, and the representatives were eventually removed.

You are asking for protection from the government and you find somebody who is translating your story … and you know that he is government himself. You understand how frightening is this?

But five years on, Eritreans and activists say that President Isaias Afewerki‘s government has extended its tentacles into Europe’s immigration services.

Simon Rezene, an interpreter and spokesperson for the East African Refugees group, estimates that more than half of the interpreters working with Italy’s immigration services are hired by the Eritrean government.

Estefanos puts that figure at 80 percent, across Europe.

Human rights groups often compare the level of freedom in Eritrea to that of North Korea; both governments conscript citizens into indefinite military service and arbitrarily imprison and execute opponents.

“When you arrive, you are asking for asylum,” Siid Negash, a spokesman for the Coordinamento Eritrea Democratica NGO, tells Al Jazeera.

“You are asking for protection from the government and you find somebody who is translating your story, everything you know, everything that you have to say about the government, and you know that he is government himself. You understand how frightening is this?”

Interpreters are responsible for communicating refugees’ testimonies at Italian asylum hearings and at relocation interviews for transfer within the EU.

Relocation interviews are overseen by an EU agency, the European Asylum Support Office (EASO), and it is here that some Eritrean asylum seekers in Italy say they have experienced intimidation, threats against their family members in Eritrea, and mistranslation of their testimonies.

When translating, these interpreters leave out accounts of experiences such as torture, so that asylum seekers are awarded a lesser degree of refugee protection. This gives the Eritrean embassy greater control over their lives.

‘The only choice is silence’

Tesfahewet is a 40-year-old refugee in Sweden who escaped Eritrea in 2015 after 19 years of military service.

He says his suspicions about interpreters at his first two relocation interviews in Italy were confirmed when he researched the transcripts online and found that the translators had made statements in support of the government.

You maybe make a risk for your family inside Eritrea. The only choice is silence.

At the time of the interviews, he followed his instincts and kept quiet, revealing as little information as possible.

Later, after making informal enquiries, he was put in touch with an interpreter who local activists said was trustworthy.

It was then that he gave his full testimony.

If you tell your story to an interpreter whose loyalties are unknown, “you maybe make a risk for your family inside Eritrea”, he says. “The only choice is silence.”

Campaigners say government-linked interpreters do little to hide their alliances, often posting photographs online of themselves attending European conferences organised by the youth branch of the ruling People’s Front for Democracy and Justice party, or YPFDJ, and organising counter-protests when diaspora groups demonstrate against the Eritrean government.

Activists have reported the issue several times to Italian authorities, EASO, and NGOs, but their complaints have been ignored.

Most organisations do not employ interpreters directly but subcontract the work out to cooperatives such as the Interpreters and Translators Cooperative (ITC) in Rome.

This, campaigners say, makes it easy to pass the buck when it comes to vetting candidates.

In May 2016, Father Zerai and a colleague say they met with the Italian Interior Ministry’s chief of staff, Mario Morcone, to highlight the problem and deliver a list of reliable interpreters.

But no changes were made and two follow-up emails in October 2016 went unanswered.

Morcone’s office did not respond to Al Jazeera’s repeated requests for comment.

In a September 2017 meeting in Rome with EASO, Eritreans raised the issue of the agency’s alleged use of government-linked interpreters, according to Rezene, the interpreter and activist.

At the agency’s instruction, Rezene followed up by email shortly after, but by the start of 2018, he still had not received a response.

EASO told Al Jazeera that one interpreter subsequently resigned following an investigation, but added that this was not necessarily proof of the allegations.

The Interpreters and Translators Cooperative company told Al Jazeera that its contractors sign a code of conduct requiring them to declare conflicts of interest and agree to interpret faithfully.

Its interpreters have been cleared by the Italian police, ITC said.

EASO has asked ITC to “investigate the matter in order to ensure that there are absolutely no violations of any rights”, the agency said.

The government’s network of interpreters is not confined to Italy, but is active across Europe, according to Father Zerai.

In 2016, it was reported that interpreters allied with the Eritrean government had infiltrated Germany’s immigration services in Germany – an allegation German authorities denied.

In 2015, Dutch immigration services were forced to reform after University of Tilburg international relations professor Mirjam van Reisen said in a radio interview that they employed two siblings of YPFDJ leader Meseret Bahlbi as interpreters.

Bahlbi sued the professor for defamation, but she won the 2016 court case and 2017 appeal.

In January of this year, the Netherlands expelled its top Eritrean diplomat for repeatedly breaking the country’s laws by extorting an illegal two percent diaspora tax from refugees.

But Italy, as the gateway to Europe for increasing numbers of African asylum seekers and recipient of more than 59,000 Eritreans between 2015 and 2016 according to Ministry of Interior records, is in a conflicted position.

While Eritrea is widely regarded as a pariah state, in recent years both Italy and the EU have made concessions to the government in an effort to reduce mass emigration to Europe and keep anti-immigrant factions at bay.

In 2014, Lapo Pistelli, who was then deputy foreign minister, dismayed Eritrean advocacy groups by travelling to the country’s capital of Asmara to meet with President Afewerki in a stated bid to improve bilateral relations.

In late 2015, the EU approved a 200m-euro aid package to Eritrea on the basis that the government would limit its compulsory military service to 18 months and pay conscripts a living wage – conditions Aweferki is said to have completely ignored.

“They know perfectly well that it’s an utterly repressive regime. But you know, how important is all this information against the rise of the populist right, which is going to kick you out of office?” he told Al Jazeera.

Against this background, Eritrean refugees in Europe are worried that their basic safety has been de-prioritised and the government has effectively been given free rein to spy on its people.

“The authorities have a big responsibility in this issue,” says Father Zerai.

In 2015, Father Zerai was nominated for the Nobel Peace Prize for his role in assisting migrants and in 2017, Italian authorities suspected him of aiding and abbetting illegal immigration for his work.